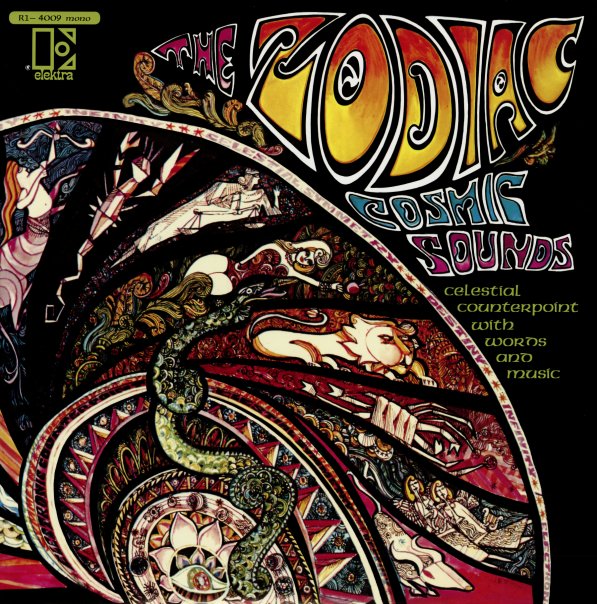 The Zodiac never sounded so spooky – and the album's one of the first in a trend that explored astrology with funky musical backings! The music for the set was put together by moogy maestro Mort Garson – then making a transition from being a straight easy arranger in the early 60s, to more of a tripped-out pop-psychedelic artist of the latter part of the decade. Garson brings a nice funky undercurrent to the set – in a style that's similar to the work of David Axelrod, but which also uses a bit more electric instrumentation. Each track features a spoken bit on a Zodiac sign – written by Jacques Wilson, and spoken by Cyrus Faryar – and the album also features some nice moog work by Paul Beaver! Titles include "Aries", "Taurus", "Cancer", "Leo", and so on! (P.S.: The label says "Must Be Played In The Dark!")  © 1996-2021, Dusty Groove, Inc.

Electronic Hair Pieces
A&M/Fifth Dimension (Germany), 1969. New Copy
CD...$5.99 16.99
A fantastic moog-based take on the music from Hair – a wonderful confluence of two of the grooviest musical trends of the late 60s! Mort Garson had his hand in plenty of other great moog-related projects from the period – like the Wozard Of Iz, the Lucifer/Black Mass album, and ... CD

Rains in The Tropics – Songs & Sounds From Far Away Lands
Decca/Captain High (Germany), 1962. New Copy
CD...$6.99 16.99
A really wonderful album from the height of the exotica years – but a set that's got a fair bit more jazz in the mix than most from that generation too! Gene Rains plays vibes – and moves between moodier moments, ala Martin Denny/Arthur Lyman, and more straightforward jazz styles ... CD

Paradise Found – Rare Exotic Sounds Vol 1
Captain High (Germany), Late 50s/Early 60s. New Copy
CD...$5.99 16.99
Looking for paradise? Then look no further – because this excellent set is filled with dreamy tunes that will definitely send you to the heavens! The package brings together a number of overlooked exotica numbers from the late 50s and early 60s – tracks that bubbled underneath the ... CD

Maranata
Vampi Soul (Spain), 1978. New Copy
CD...$5.99 16.99
Sweet 70s grooving from South America – the only album ever recorded by this great little group from Uruguay! The set was done at the end of the 70s, but it's got a style that recalls the best electric work from the US and UK at the start of the decade – sort of a blend of funky easy, ... CD