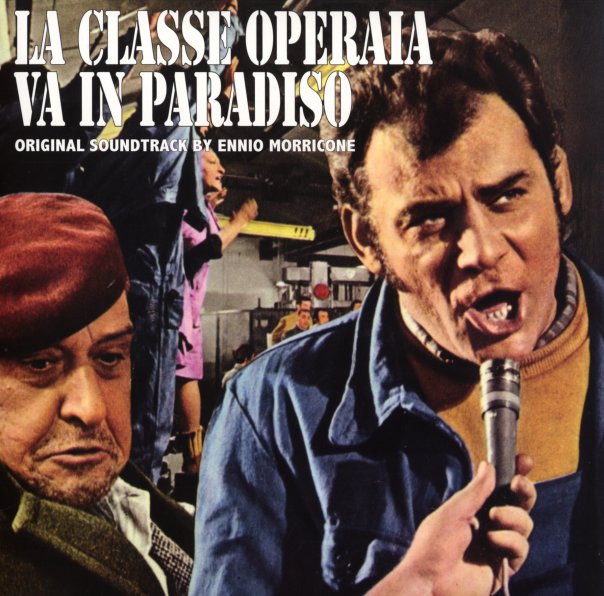 One of the most striking Morricone soundtracks we've heard from the early 70s – a really dark little score that's filled with harsh tones and cool electronic effects! The film itself deals with the hardship of life in an Italian factory – and Morricone's music is filled with machine-like moments – stark, stiff rhythms that stamp out in repetition – cold electronic sounds that are without any soul – and a few softer, gentler moments that offer just a bit of relief – then quickly bring you back to the realm of the industrial! The soundtrack is proof that the maestro was always working at the height of his creative powers – setting his music apart from the rest of his contemporaries. Bruno Nicolai gets a nod too – as he directed the orchestra – and titles include "Il Sogno", "Metamorfosi", "La Classe Operaia Va In Paradiso", "Alienazione", "Inventario", and "Sinfonia Dell'Ottimista".  © 1996-2020, Dusty Groove, Inc.