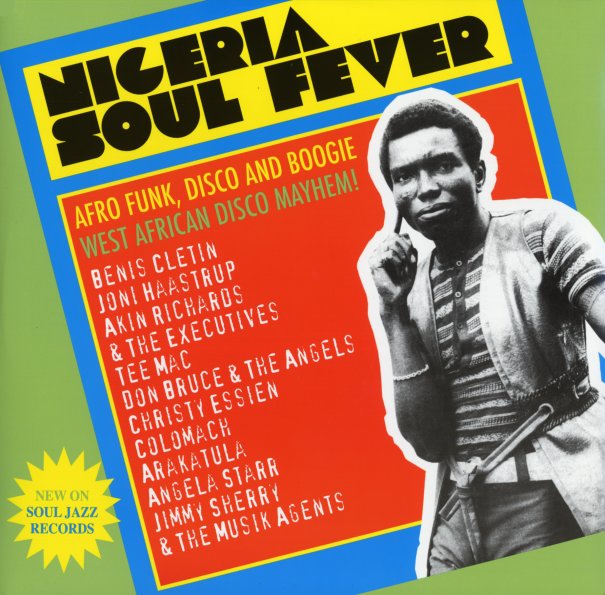 The Nigerian groove of the 70s – way past the familiar modes of Fela Kuti, and served up here in a range of artists who followed on a huge second wave of soul that soared from Lagos and beyond in the second half of the decade! The music here opens up in a sweet range of different styles – including bits of club and boogie that have come into the scene to open up Nigerian funk in more global modes for the dancefloor – blending African roots with American currents, in a sound that's completely unique – and which is way better than some of the Afro-disco modes that were coming from Europe a the time! As usual with the folks at Soul Jazz, the set's an ear-opening work of genius – from the superb track selection, to the very thorough notes and research – which really do a great job of presenting this side of Nigerian funk that's always been a bit eclipsed by some of the bigger names on the scene. Liner notes are by dancefloor historian Bill Brewster – and titles include "Do The Funkro" by Joni Haastrup, "You Can't Change A Man" by Christy Essien, "Afrikana Disco" by Akin Richards & The Executives, "Ocheche" by Don Bruce & The Anges, "Nam Myoho Renge Kyo" by Tee Mac, "Get Up & Dance" by Benis Cletin, "Enoviyin" by Colomach, "Nwaeze" by Jimmy Sherry & The Musik Agents, "Wake Up Your Mind" by Joni Haastrup, "Disco Dancing" by Angela Starr, "Mr Been To" by Arakatula, "Living Every Day" by Tee Mac with Marjorie Barnes, "Wake Up Africa" by Arakatula, and "Soul Fever" by Benis Cletin.  © 1996-2021, Dusty Groove, Inc.
(Includes download!)