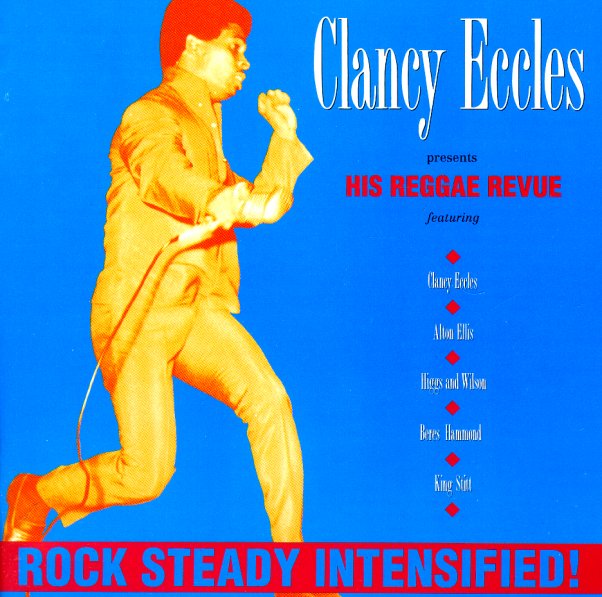 (Out of print, small cutout hole through case and name in marker on CD .)

Black Ark Years – The Jamaican 7 Inches
Trojan/Sanctuary (UK), Mid 70s. Used 2CD
CD...$12.99
Some of the greatest work ever recorded by the mighty Lee Perry – a searing selection of 44 seven inch singles – all of which were well-tuned to boom out of Kingston sound systems back in the day! There's a sense of focus here that's wonderful – still all the odd, dubby twists ... CD

Jamaican Soul Shake Vol 1 – Sound Dimension At Studio One
Studio One/Soul Jazz (UK), 1960s/1970s. Used
CD...$14.99
Classic Studio instrumentals from the hottest house band in the history of Jamaican music! Alongside the Skatalites the Sound Dimension were responsible for crafting the tunes and rhythms that emanated from Coxsone Dodd's Studio One label from the very dawning of the reggae age, and what better ... CD

Countryman – Original Soundtrack
Island, 1982. Used
CD...$9.99
One of the most sought after reggae soundtracks, and it's no wonder – Chris "The Vampire" Blackwell pulled out all the stops on this great compilation to the rarely seen film. As you'd expect, it's an all star cast of island (and Island) greats, with pure roots numbers sitting ... CD

Reggae Gold 2004
VP, 2004. Used 2 CDs
CD...$3.99
What can we say? Another smokin' batch in the best of contemporary reggae in this series from VP that like their Strictly The Best comps pulls together only the cream, touching on all bases: smooth lover's rock, bouncing dancehall and deep, deep roots. Includes "In Her Heart" and "F ... CD