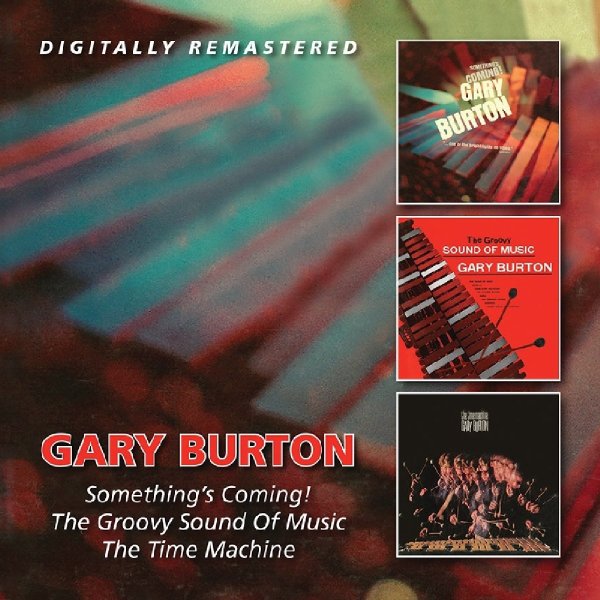 A trio of excellent Gary Burton albums from the 60s – collected together in a single set! Something's Coming is the launch of vibist Gary Burton as a leader – a force in jazz that would continue strongly for decades to come! At the time of the record, Burton had already been making waves as a session player on the Nashville scene – where RCA had some especially strong ears – but he's launched here in a mode that's quite far from those roots, and already filled with those modern, chromatic modes that would have Burton pushing the sound of the vibes forward strongly throughout his career – even on an early record like this! The group is very like-minded, and well-chosen – players who are spacious and modern, but never too much so – a quartet with Jim Hall on guitar, Chuck Israels on bass, and Larry Bunker on drums. Titles include "Melanie", "Careful", "Six Improvisatory Sketches", "Something's Coming", and "Little Girl Blue". Next up is a very cool take on the music of Sound Of Music – handled with some help from arranger Gary McFarland, in a way that really unlocks the modal potentials of the tunes! As you might expect from the revolutionary vibist Gary Burton, the approach here is quite different than the usual jazz album of Broadway material – and instead, both Burton and McFarland do a heck of a lot to open up the coolest potential of the songs – as they bring in other hip players who include Bob Brookmeyer on trombone, Phil Woods on alto, Joe Puma on guitar, and Steve Swallow on bass. Titles include "An Ordinary Couple", "Sixteen Going On Seventeen", "Do Re Mi", "Edelweiss", and a great take on "My Favorite Things". Time Machine is filled with beautiful sounds from Gary Burton – a seminal 60s session that really has the vibist coming into his own, and finding that new path towards musical expression that would flower even more strongly in the 70s! The album has Burton really strengthening up his sense of chrome – matching the boldness of other important 60s vibes players on the rise – like Karel Velebny or Bobby Hutcherson – but also working this really special magic in the way he lets each note resonate in the air – often with a much longer decay on the sound than the actual moment of its creation! Burton also plays a bit of piano on the record, overdubbed with his vibes – but in a way that's quite different than the vibes/piano combo of earlier acts – like the MJQ, or George Shearing Quintet – thanks to work from Steve Swallow on bass and Larry Bunker on percussion. Tracks include "Six Nix Quix Flix", "The Sunset Bell", "Deluge", "Chega De Saudade", and "Falling Grace".  © 1996-2023, Dusty Groove, Inc.