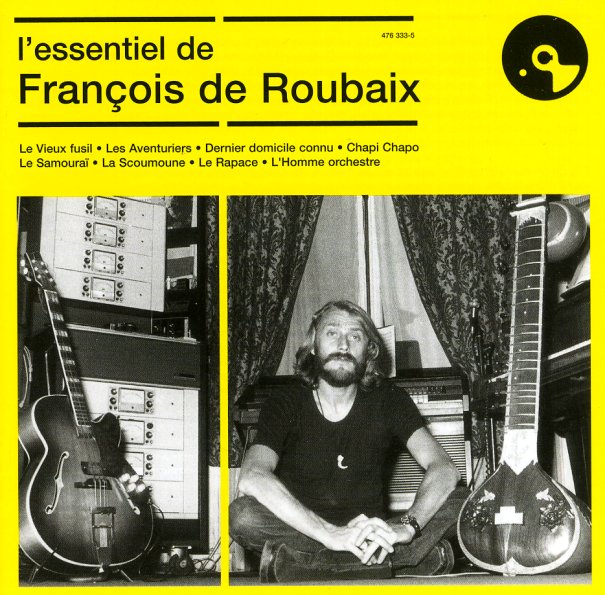 Some of the coolest soundtrack music you'll ever hope to hear – all played by a cat who could equally handle the sitar, guitar, Fender Rhodes, and electronics pictured on the cover! Francois De Roubaix is easily one of our favorite soundtrack composers ever – a French talent at the end of the 60s who never got the same international exposure as some of his countrymen, but who had an ear for odd instrumentation and funky undercurrents that rivals that of Serge Gainsbourg, Michel Colombier, or Jean-Claude Vannier – although we might even be tempted to say that Francois is even more way-out than any of them! This collection really lives up to its "essential" promise – and mixes together weird electronic numbers, bass-heavy funk tracks, jazzy groovers, and lots more – all with arrangements and production that are totally fresh, and which should turn you into the same sort of De Roubaix fanatic that we've been for years. Titles include "Le Samourai", "L'Homme Orchestre", "La Vie A Bord", "Les Caids", "Bataille Navale", "Clara 1939", "Journal De Bord", "Le Rapace", "La Scoumoune", "Dernier Domicile Connu", "Tom/Les Prisonniers", "Adieu L'Ami", and "Far From Dallas".  © 1996-2022, Dusty Groove, Inc.