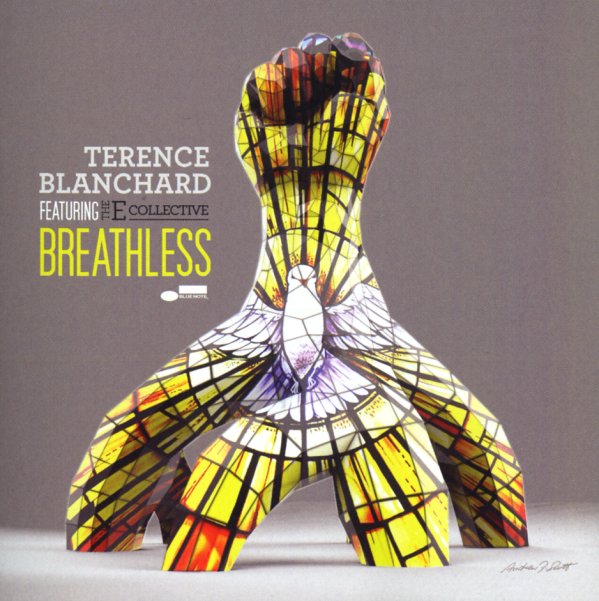 Terence Blanchard in all his many moods – some funky, some somber, and some quite serious! The album begins with a remake of "Compared To What" – done with vocals from PJ Morton, and fueled by rhythm samples from the original Les McCann and Eddie Harris version – but the music then shifts into work that recalls the sophistication of Blanchard's soundtrack material – some great mellower cuts that have Terence's trumpet gliding out spaciously over guitar from Charles Altra and piano and keyboards from Fabian Almazan. Morton makes a few more returns on the record – bringing things up to more soul-based territory at points – and Dr Cornel West appears on one track too, as a way of furthering the righteous quality of the record. Titles include "Everglades", "See Me As I Am", "Talk To Me", "Tom & Jerry", "I Ain't Got Nothin But Time", "Cosmic Warrior", "Soldiers", "Compared To What", and "Shutting Down".  © 1996-2022, Dusty Groove, Inc.
(Out of print. Barcode has a cutout hole, case has a clear promo sticker.)