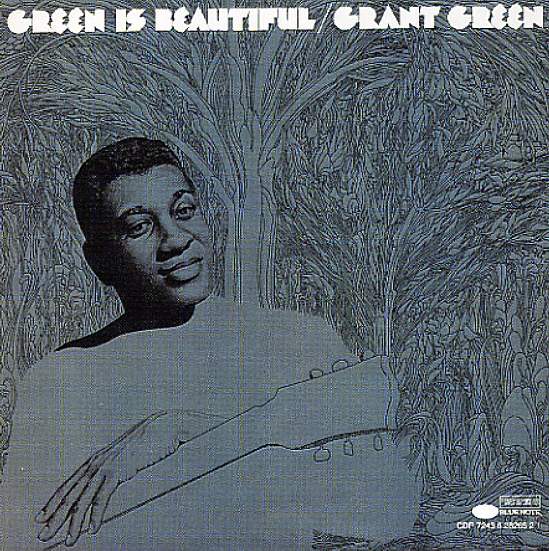 A funky nugget from the second Blue Note chapter of guitarist Grant Green – that wonderful point when he shifted into more funk-based styles from his hardbop work at the start – and found a way to unlock a whole new side of his talents! The approach here is similar to some of the funky Lou Donaldson albums from the time – like Hot Dog or Say It Loud – in that tracks are nice and long, and have some great funky currents at the bottom from the drums of Idris Muhammad – who kicks up lots of those chunky funky breaks that we always love so much! Green's work on guitar is especially nice – stretched out, but never trippy, with a tight single note style that really gets the most out of the grooves – in a great lineup that features Blue Mitchell on trumpet, Claude Bartee on tenor, Emanuel Riggins on Hammond, Jimmy Lewis on bass, and Candido on congas. Neal Creque contributed two great tracks to the set – "Windjammer" and "Dracula" – and the album also sports a great long version of James Brown's "Ain't It Funky Now", and a sweet cover of "A Day In The Life"!  © 1996-2023, Dusty Groove, Inc.
(Part of the Blue Note Classic Vinyl Series!)