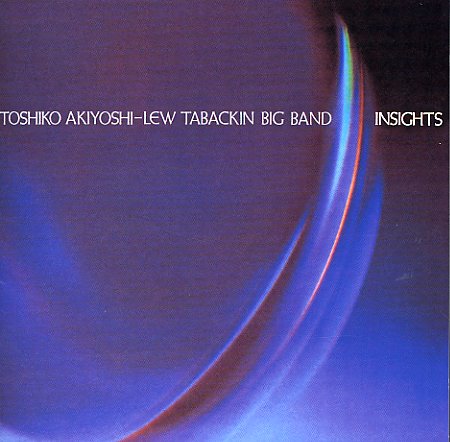 Always-amazing work from the team of pianist Toshiko Akiyoshi and reedman Lew Tabackin – and a set that may well be one of the ensemble's most ambitious records to date – given that side two features a long, complicated suite that has roots in older Japanese musical styles! The balance here is great – side one has the kind of swinging shorter (although still long by most standards) numbers that the group could make explode with color and imagination – and side two features the long "Minamata" suite, which has vocals from a young Monday Michiru, and from singer Hisao Kanze. Other tracks include "Studio J", "Transience", and "Sumie" – and the lineup here features most of the group's key members of the 70s – including the great Gary Foster on reeds!  © 1996-2022, Dusty Groove, Inc.
(A nice copy.)

Total JJ Johnson
RCA, 1967. Very Good
LP...$4.99
A further chapter in the big band years of JJ Johnson – heard here at a point when JJ was pushing his ensemble even more than before, with a fluid groove that almost matches the energy of similar groups on MPS at the time! There's a real undercurrent of hipness going on in the record – ... LP, Vinyl record album

Walter Perkins' MJT+3
Vee Jay, 1959. Very Good+
LP...$7.99
The MJT grooves like nobody's business, thanks to a core rhythm group that includes Harold Mabern on piano, Walter Perkins on drums, and Bob Cranshaw on bass. Add to the mix a young Frank Strozier on alto, fresh from Memphis (he made the trip to Chi-town with buddy Harold Mabern), and the smoking ... LP, Vinyl record album