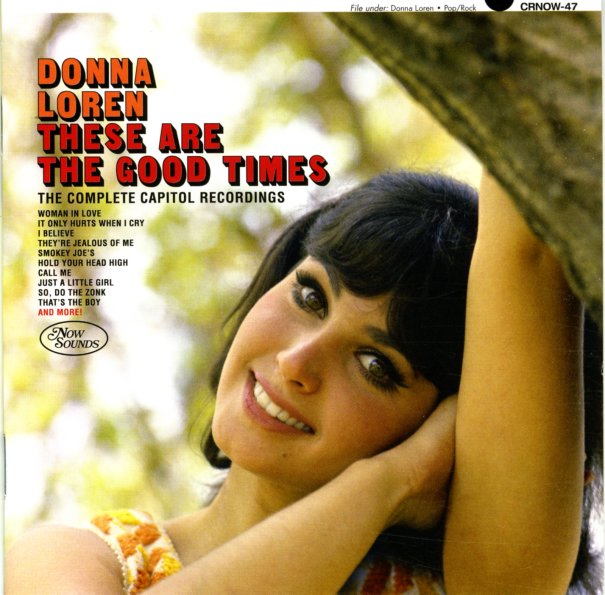 A huge amount of material from the lovely Donna Loren – star of both the big and the small screen in the 60s – and a surprisingly great singer, too! The package features singles, unreleased tracks, and Loren's classic Capitol album Beach Blanket Bingo – which has great work from the team of HB Barnum and David Axelrod! The Barnum/Axlerod combo is perhaps a bit more pop-oriented here than on some of the pair's other Capitol work from the 60s – such as their work with Lou Rawls – but there's often a nice sense of space, groove, and timing to these tracks – a mode that mixes the sweeter pop of Donna's voice with a bit more bounce on the bottom – all in a jaunty groove that's pretty great! Titles include "Cycle Set", "Fly Boy", "I Am My Ideal", "New Love", "It Only Hurts When I Cry", "I Think You Think", and "Beach Blanket Bingo". But in addition to the 10 tracks on the album, this collection adds in 19 more bonus cuts – including "Drop The Drip", "Ninety Day Guarantee", "Woman In Love", "Just A Little Girl", "So Do The Zonk", "Call Me", "My Way", "Hold Your Head High", "Good Things", "Smokey Joe's", and "Leave Him To Me".  © 1996-2022, Dusty Groove, Inc.