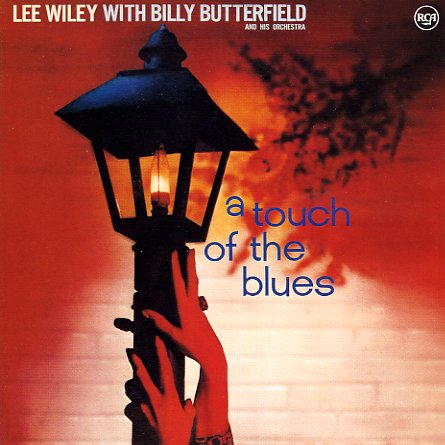 Dark and sophisticated vocals from Lee Wiley – cut with a slightly more traditional feel than some of her other albums from the time, partly because the backings are handled by Billy Butterfield! Yet despite a slightly traddish bent, there's also a slightly modern feel too – a nice melding of modes that's very much in the best 50s RCA spirit – fresh and sultry enough to live up to the streetwise image on the cover. Arrangements are by Al Cohn and Bill Finegan, and titles include "Blues In My Heart", "The Memphis Blues", "From The Land Of Sky Blue Water", "A Hundred Years From Today", "Make Believe", "A Touch Of The Blues", and "I Don't Want To Walk Without You".  © 1996-2023, Dusty Groove, Inc.
(Black label mono pressing with deep groove. Cover has surface wear, aging, and a split spine & top seam.)