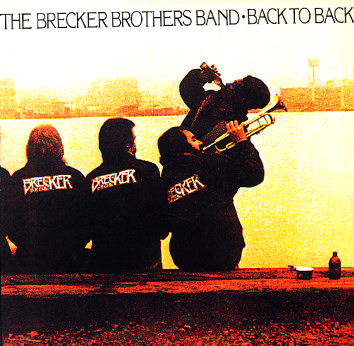 Soulful fusion from The Brecker Brothers – a set that's one of their standout efforts from the 70s – and a record that went onto influence a whole generation of jazz musicians too! The album features the twin horns of Randy & Michael Brecker, along with alto by David Sanborn, keyboards by Don Grolnick, and guitar by Steve Khan – but one of the things that really makes the album great is the vocal arrangements, which were handled by Luther Vandross, who also sings on the album along with Patti Austin! The set's got a great soulful feel – with some wonderful mellow groovers that have a sweet 70s sound – titles that include "Lovely Lady", "Night Flight", "Slick Stuff", "What A Miracle Can Do", "I Love Wastin Time With You", "Keep It Steady", "Grease Piece", and "Dig A Little Deeper".  © 1996-2020, Dusty Groove, Inc.
(Cover has light wear.)