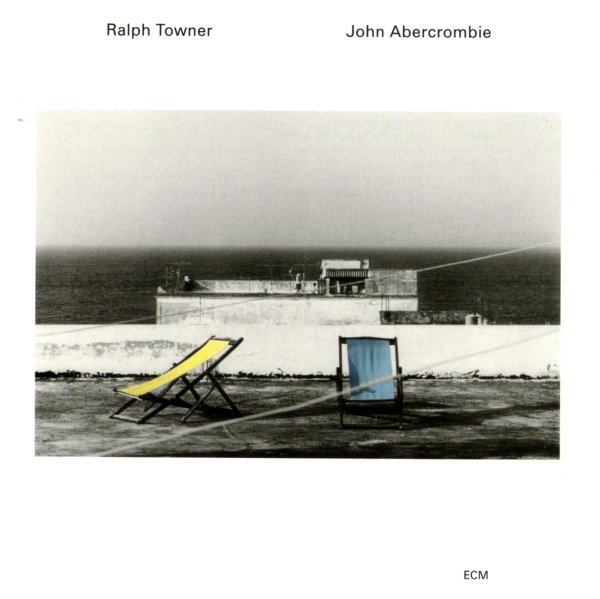 Two players with a very spacious sense of sound – coming together here in an all-guitar album that mixes both electric and acoustic tones! The pairing is perfectly captured by the ECM production style – an approach that lets each note ring out with a great sense of presence, and blend together in the slightly echoey territory created by the recording – a mode that's filled with subtle beauty and a shimmering sense of color throughout. Towner plays 12 string acoustic and classical guitar – and Abercrombie works some of his best chromatic magic on electric guitar, both 6 and 12 string – but also plays acoustic and a bit of mandolin guitar as well. Titles include "The Juggler's Etude", "Child's Play", "Bumabia", "Caminata", "Microtheme", and "Late Night Passenger".  © 1996-2022, Dusty Groove, Inc.
(US pressing. Cover has light wear.)