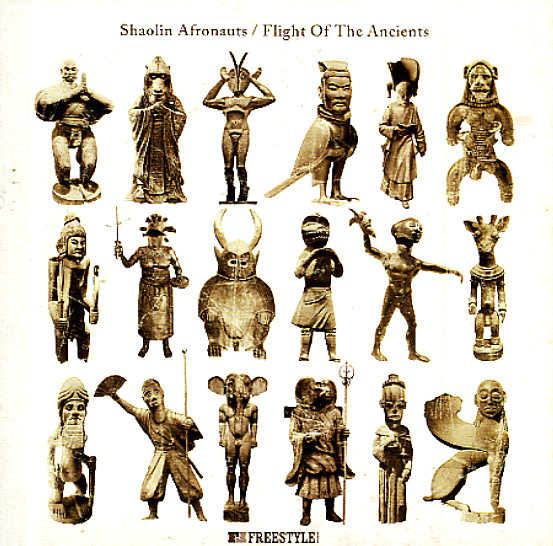 Flight Of The Ancients

Funky Afro Soul from Oz – the brilliant full length debut of Shaolin Afronauts! Flight Of The Ancients blasts off from the bedrock of 70s West Africa and Ethio funk influences, but their one of the rare few combos who pull it off without it feeling like a retread of past glories. Part of that success stems from their working really well in a number of modes – filtering classic funky soul and jazz funk influences with modern inventiveness and brilliant musicianship. Drums and congas bring the percussive heat with a great horn section of saxes, trumpets and bass clarinet, tight guitar grooves and heavy bass. A solid combo from the fertile Australian funk scene! Includes "Journey Through Time", "Rise With The Blind", "Flight Of The Ancients", "Shaolin Theme", "Kilimanjaro", "Shira", "The Quiet Lion" and "The Scarab".  © 1996-2022, Dusty Groove, Inc.