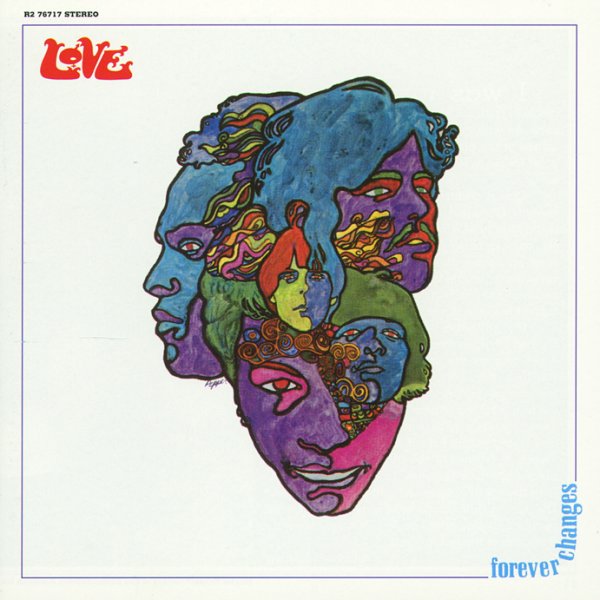 Also available
Love — Forever Changes (180 gram vinyl) ... LP 25.99
What can we say? This is one of the greatest albums of all time – and it's made even better through the addition of a bunch of previously unissued tracks! The record's got a sound that's completely unique – as crack LA garage punk rock meets Hollywood baroque production, and the result is an amazing bit of loud guitar noise backed by strings and horns, all graced by the godlike vocals of the great Arthur Lee. Forever Changes is a milestone in rock – an incredibly bleak document about insanity, escape, and the coming revolution that never happened. Think of all the best moments of Wild In The Streets, Zabriske Point, and Invocation of My Demon Brother rolled into one – and you'll only have a tiny slice of the picture! A record that will haunt us until the day we die – filled with incredible songs like "Alone Again Or", "Old Man", "Daily Planet", "Red Telephone", and "Maybe The People Would Be The Times Or Between Clark & Hilldale". CD version also includes "Hummingbirds (demo)", "Laughing Stock", "Wonder People (I Do Wonder) (outtake)", "Your Mind & We Belong Together", and alternate mixes of tracks on the LP.  © 1996-2023, Dusty Groove, Inc.
(Out of print, sticker remnant on slipcover.)