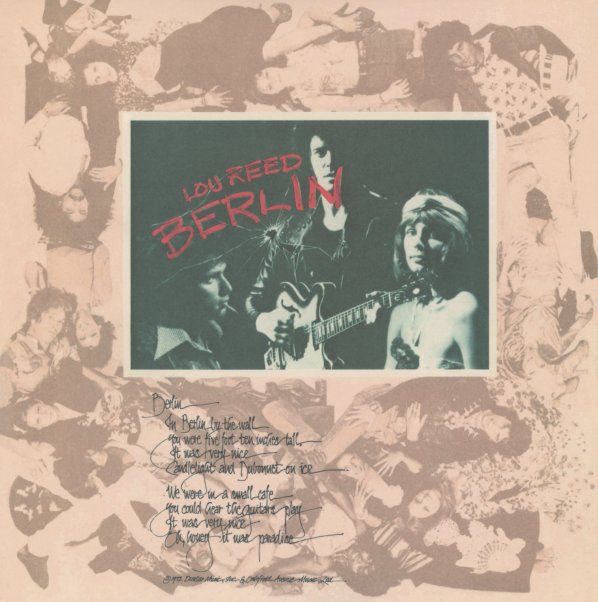 The "biggest" album of Lou Reed's career – in the grand sense – with epic production and a small army of superstar session players and production by spectacle specialist Bob Ezrin – but that's paired with arguably the darkest, gloomiest songcycle ever composed by Lou Reed! The dichotomy works, and Lou apparently agrees, having revisited the material in the mid aughties to great acclaim. Ultimately, this and the previous year's Transformer makes for one of the strangest and most incredible transitions over a short period of time in pop music history. Titles include "Berlin", "Lady Day", "Men Of Good Fortune", "Caroline Says" (I & II), "The Kids", "The Bed", "Sad Song" and more.  © 1996-2021, Dusty Groove, Inc.
(Orange label pressing. Cover has light wear and light aging.)