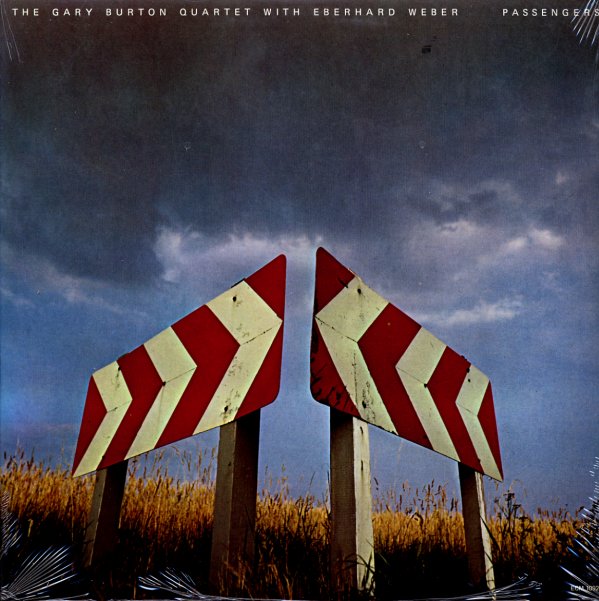 Laidback and warmly chromatic work from Gary Burton – playing vibes in a group that also has Pat Metheny on guitar, Steve Swallow on bass, Eberhard Weber on acoustic bass, and Dan Gottlieb on drums. Titles include "Sea Journey", "Nacada", "The Whopper", and "Yellow Fields".  © 1996-2022, Dusty Groove, Inc.
(Sealed US pressing!)

Live In Tokyo
Atlantic (Japan), 1971. Near Mint- Gatefold
LP...$59.99
A wonderful live set from Gary Burton – originally issued only in Japan, but a wonderful record that stands strongly with Gary's classic early 70s work for Atlantic and ECM Records! The group's a quartet – and has Gary's vibes alongside warm guitar lines from Sam Brown – a player ... LP, Vinyl record album

New Quartet
ECM, 1973. Very Good+
LP...$11.99
A fantastic 70s album from Gary Burton – a set that definitely has the "new" promised in the title, as it takes off more from some of Gary's work in previous years! The record's got this explosive sense of color that really comes through in Gary's vibes – and in the way the ... LP, Vinyl record album

Genuine Tong Funeral
RCA, 1968. Very Good+
LP...$19.99
One of the most ambitious projects ever from vibist Gary Burton – an extended piece written by Carla Bley – and billed as "A Dark Opera Without Words"! The work has a feel that's much more fluid than opera, though – and is a great instrumental outing that not only ... LP, Vinyl record album