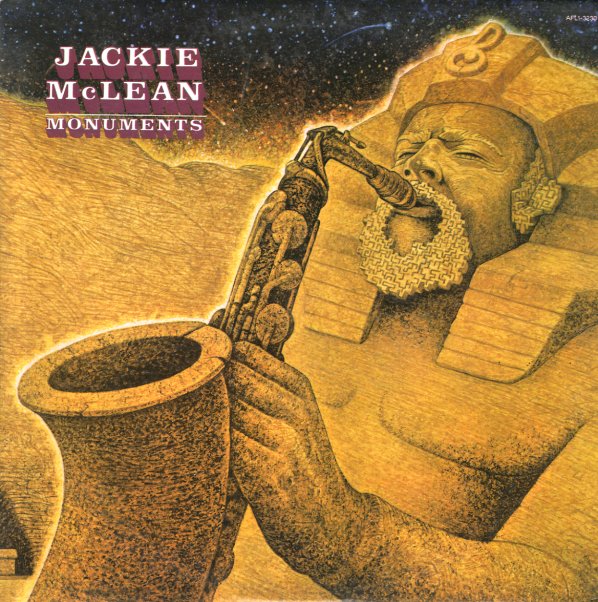 A rare electric outing from legendary altoist Jackie McLean – and one that comes off surprisingly well, given that the move was quite a shift for the reedman! The album's got a spiritual current that McLean developed in some of his earlier 70s material – like his gems for the Steeplechase label – but also mixes in some funky fusion elements too, in a blend that almost puts Jackie in the territory that Gary Bartz hit with his Music Is My Sanctuary album – another musician who made a similar shift at the time! Production is by Mitch Farber, who also wrote most tracks – and Jackie really holds his own in the setting! Titles include the classic funk numbers "On the Slick Side" and "Long Time Lover" – plus "Gotta Get A Piece Of Your Soul", "The Molimo", and "Dr Jeckyll & Mr Funk".  © 1996-2022, Dusty Groove, Inc.
(Sealed original pressing! Shrink is open in one corner, which has a gold promo stamp, and is open along the spine from age – but the record has never been opened.)