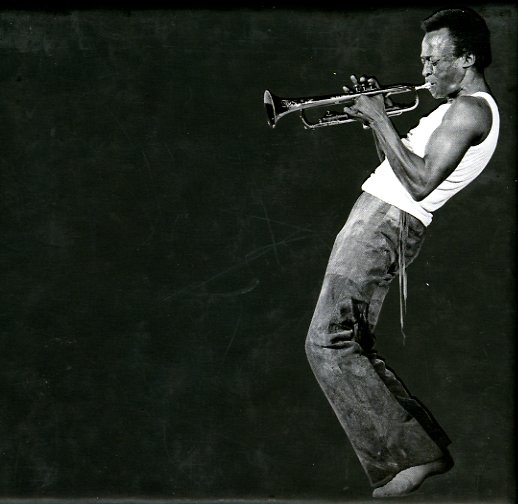 5 discs of Jack Johnson! Probably more Jack Johnson than most people could take, but for the few out there, like us, who can never get enough electric Miles (kind of like some of Miles own favorite diversions from that period) this box is a dream come true! Unlike the later live sides, the grooves here are pretty sparse, with a wide open approach that would later get replaced by frenzied multi-linear soloing, but still with the loose energy and funked up rhythms that would mark Miles work during the early 70s. Like the Bitches Brew and In A Silent Way boxes, this set really highlights Teo Macero's tape wizardry, when you compare the raw takes, of which most numbers get represented here in 3, 4 or 5 versions, to the edited versions that were finally released. If you want to utilize ye' olde program feature on your stereo, you can can arrange several different versions of the complete album, which is a pretty fantastic feature for obsessives such as ourselves! With "Willie Nelson", "Johnny Bratton", "Go Ahead John", "Duran", "Sugar Ray", "Right Off", "Yesternow", "Honky Tonk", "Ali", "Konda", "Nem Um Talvez", "Little High People", "Little Church" and "The Mask".  © 1996-2022, Dusty Groove, Inc.
(Out of print – and in the beautiful metal-spine case. Case has some very light wear, but this is a great copy overall.)

Deodato In Concert – Live At The Felt Forum
Sony, 1974. Used
CD...$7.99 (LP...$16.99)
An excellent little live set from Deodato – hard to believe because the sound's just as tight and funky as his studio albums, and possibly even more interesting because he manages to pull it off equally well in a live setting! The record features percussion by Airto, guitar by John Tropea, ... CD