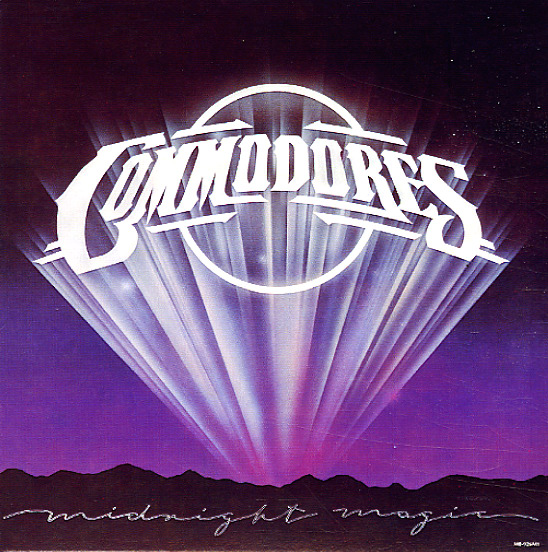 Lots of Midnight Magic from The Commdores – still nice and funky at the start of the evening, but also chilling out in the wee hours too – really finding a great way to follow the trajectory of the night with the tracks in this set! The album sparkles with strong arrangements and production from James Carmichael – who furthers the vibe perfected on Natural High, yet continues to avoid most of the cliches that would slow down the group in later years. Lionel Richie's given room to step forth on the ballads "Still" and "Sail On" – but the group feel is still nicely maintained on the rest of the record – which also features the tracks "Getting It", "You're Special", "Wonderland", "Sexy Lady", and "Might Magic".  © 1996-2023, Dusty Groove, Inc.
(Includes the printed inner sleeve.)