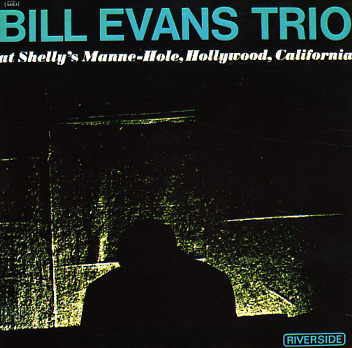 A great west coast live date from Bill Evans – one that showed that his magic on the keys was equally at home in LA as it was in New York! The session's especially noteworthy for the presence of drummer Larry Bunker – a great player who worked on countless recordings, both jazz and non-jazz, but who hits a new level here with the Evans Trio – one that almost matches that of Paul Motian for his sensitivity and lyrical interplay with Evans' piano and the bass of Chuck Israels! Titles include "Blues In F", "Our Love Is Here To Stay", "The Boy Next Door", "Swedish Pastry", and "Round Midnight" and the bonus track "All The Things You Are".  © 1996-2022, Dusty Groove, Inc.