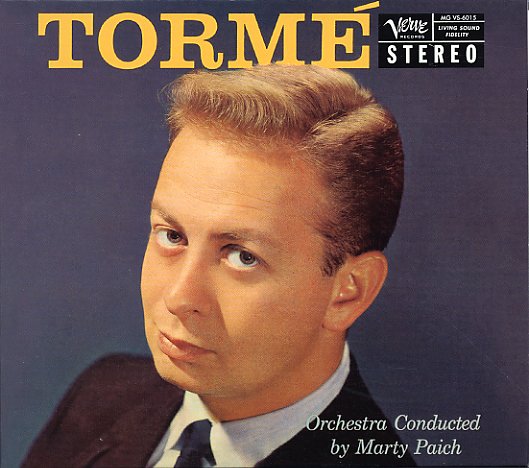 An overlooked gem from Mel – a great early album for Verve, one that's every bit as nice as his stellar work for the Bethlehem label! The set's got Mel singing with the Marty Paich orchestra – a good thing, too – as Marty's always been the best arranger for Mel's unique way of putting over a jazz vocal. Tunes are all pretty nicely swinging, and at times expand the sound a bit past Mel's earlier work – with titles that include "House Is Haunted By The Echo Of Your Last Goodbye", "Gloomy Sunday", "That Old Feeling", "I'm Gonna Laugh You Out Of My Life", "Nobody's Heart", "How Did She Look", and "Where Can I Go Without You".  © 1996-2020, Dusty Groove, Inc.
(Out of print.)

Songs For Any Taste
Bethlehem/Solid (Japan), 1957. Used
CD...$13.99
One of Mel's best for Bethlehem – and an album that's finally getting reissued in a proper format! The record features Mel working with a small group led by Marty Paich, a genius arranger who's still (in our humble opinion) the best person to ever accompany Torme's velvety smooth vocals on ... CD

Comin' Home Baby/Mel Torme Sings Sunday In New York
WEA (UK), 1962/1963. Used
CD...$9.99
2 of Mel Torme's grooviest albums! Comin Home Baby is one of Mel's hippest of the 60s – a shift towards more swinging material after some of his mellower work for other labels. There's a bit of electric piano in the mix, and plenty of that Atlantic records pop/soul jazz approach, similar to ... CD