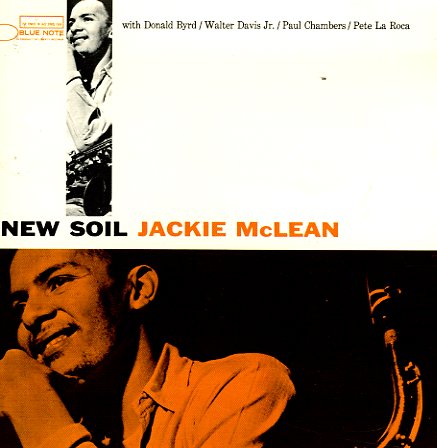 If you ever needed a record to re-remind you of the genius of Jackie McLean, this Blue Note classic may well be it! At first glance, the session appears to be the usual sort of date – a quintet outing, with help from Donald Byrd on trumpet, Walter Davis on piano, Paul Chambers on bass, and Pete LaRoca on drums – yet as with all of McLean's best moments on records, the album explodes with freshly creative energy from the start – getting way past any easy expectation in the way it sets up the groove and delivers the sound! Jackie's tone is amazing – very modern at times, yet with all the soul of hardbop – and although the rhythms are relatively straight, there's always a slight setting-free at points – that pre-new thing groove that McLean further explored on records like Capuchin Swing or Fickle Sonance. The sound is amazing throughout – and titles are all originals by McLean and Davis – great gems that include "Davis Cup", "Sweet Cakes", "Hip Strut", "Minor Apprehension", and "Greasy". Plus, this CD reissue has one extra bonus track – the unreleased "Formidable", written by Walter Davis.  © 1996-2021, Dusty Groove, Inc.
(Out of print. BMG club pressing.)