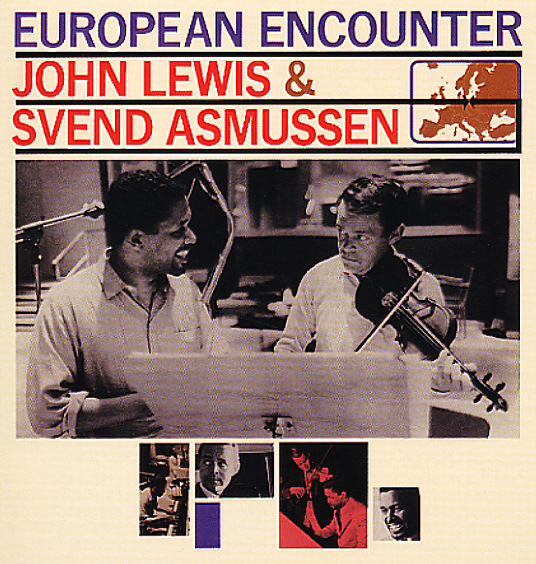 A uniquely European Encounter between pianist John Lewis and violinist Svend Asmussen – and one that makes for a different blend of instrumentation than you'd get on some of John Lewis' other albums as a leader! The pair are supported by Jimmy Woode on bass and Sture Kalin on drums – for a 50/50 mix of American and European – in a style that's wonderfully spare, and which brings out some of the best dark tones of both players – and which also has Asmussen's instrument inflecting some nice color into Lewis' tones. The album sports a wonderful version of Ornette Coleman's "Lonely Woman" – plus a set of Lewis originals that include "If I Were Eve", "Winter Tale", "Slater's Theme", and "New York 19".  © 1996-2021, Dusty Groove, Inc.
(Mono red & purple label pressing. Cover has light wear, some aging and center splits in the top and bottom seams.)

Jazz Messengers! (Impulse)
Impulse, 1961. Good Gatefold
LP...$24.99
Killer stuff by Art Blakey – one of his few non-Blue Note sessions from the time, and a hard-wailing set that features the Jazz Messengers as a sextet! The format is one that flourished briefly in these early 60s years – and in this case, the already great lineup of Lee Morgan on ... LP, Vinyl record album

Cloud About Mercury
ECM, 1987. Near Mint-
LP...$19.99
One of those records that really took the ECM approach of the 70s into new modes for the 80s – a set that might be called post-jazz, or post-fusion – even though it's got some of the best elements of both, transformed by the players in the lineup! David Torn leads the group on electric ... LP, Vinyl record album