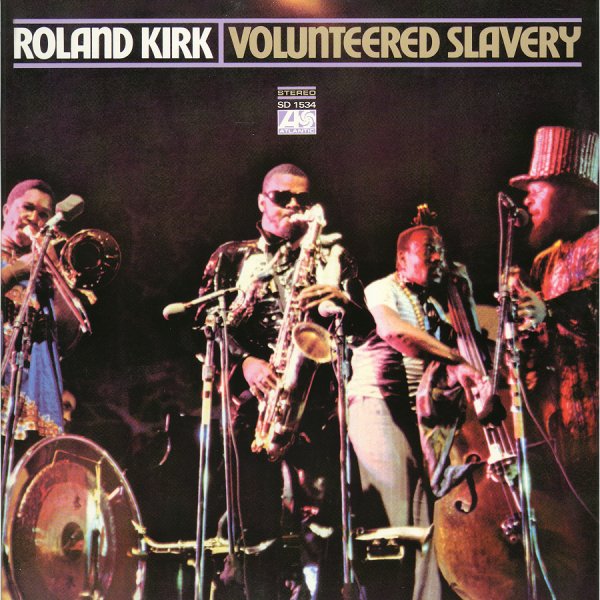 Our favorite album ever from Roland Kirk – and a beautiful mix of two different sides of his genius! Side one's got Roland doing these crazy takes on late 60's pop cuts like "My Cherie Amour" and "Say a Little Prayer", plus his own "songs", done with soulful vocals and a straight-on approach that shows him trying to break out of the avant jazz underground, and reach a wider audience with a spiritual message on tracks like "Search For The Reason Why" and "Spirits Up Above". If this description sounds like a mess, it's not – because this side of the album is one of Kirk's most brilliant statements ever about jazz, soul, love and freedom! Side two has Roland in a straighter vein – running through a tight live set from Newport 1968, handled with fire and imagination, the kind of boundless energy he always brought to his public appearances. Tracks on that set include "One Ton", "Three For The Festival", "Afro Blue", and some great remarks by Roland!  © 1996-2021, Dusty Groove, Inc.
(Green and red Broadway label stereo pressing.)

Gentle Giant
Atlantic, 1972. Near Mint-
LP...$34.99
One of the greatest Yusef Lateef albums on Atlantic Records – and that's saying a lot, given the high level of quality he was hitting at the label! The album's a perfect blend of the newly-funky Lateef style with some hipper, more sophisticated touches – a mode that hints at his bigger- ... LP, Vinyl record album

El Juicio (The Judgement)
Atlantic, 1975. Near Mint-
LP...$24.99
Wild and wonderful work by Keith Jarrett – light years away from his records on ECM! The album features a quartet that includes Dewey Redman on tenor, Charlie Haden on bass, and Paul Motian on drums – but it's clearly Keith who's driving the bus here, taking lots of odd twists and ... LP, Vinyl record album