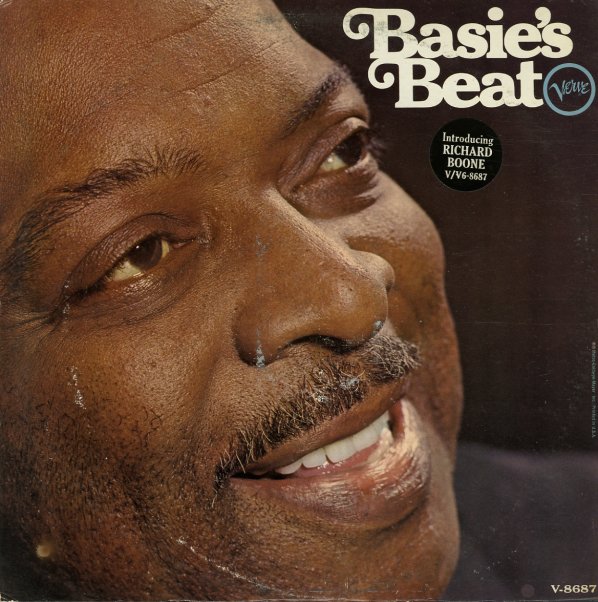 A really wonderful back to basics session for Basie – featuring arrangements by longtime band members Frank Foster, Erick Dixon, Bobby Plater, and Thad Jones! The set also features vocals on 2 tracks by bluesy vocalist Richard Boone – a singer with a really great scatting approach – but overall, the real strength is the horn section, particularly Al Aarons, Dixon, and Eddie Lockjaw Davis – who all get in some very nice solo work. Tracks are mostly older numbers, Basie-ized – and played with a laidback tone that's a real contrast from the higher energy early 60s recordings. Titles include "Squeeze Me", "Frankie & Johnny", "Boone's Blues", "I Got Rhythm", and "Hey Jim".  © 1996-2022, Dusty Groove, Inc.
(Mono MGM pressing, with deep groove. Cover has a cutout hole, light wear, and some aging.)