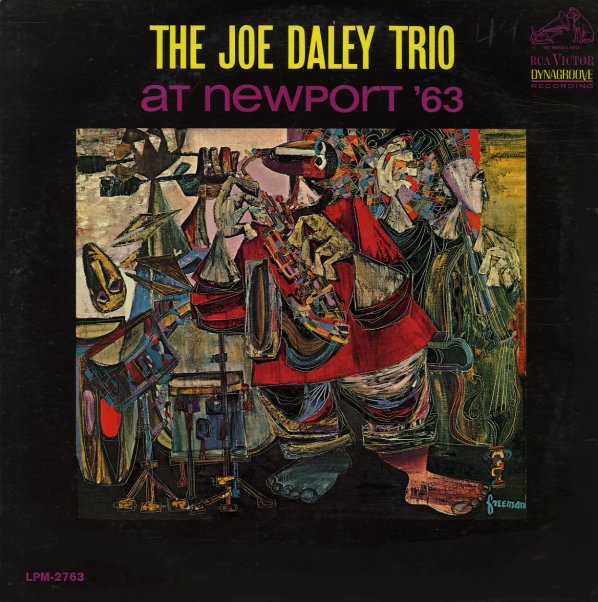 A rare modern jazz set from the early 60s – noteworthy in that it's one of the few recordings from the time of Chicago tenorist Joe Daley – who works here in a trio with the young Hal Russell on drums! And yes, that's the same Hal that later broke out strongly in the Windy City avant scene on reeds – but he's great here on drums, in a Rollins-like trio setting with Russell Thorne on bass. The writing's great, and very modern without being that "out" – hard angular lines all over the place, and Daley's tenor has a nice hard biting edge. As far as we can tell, this is the only album that the group ever made – with titles that include "Ode To Blackie", "Dexterity", "Ramblin", "One Note", and "Knell".  © 1996-2022, Dusty Groove, Inc.
(Stereo Dynagroove pressing with deep groove. Cover has light aging and lightly bumped corners.)