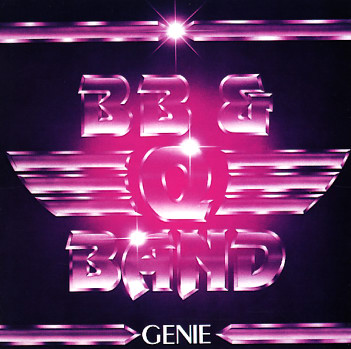 The last true classic from the masters of the 80s groove genre – a post-Capitol effort for Elektra, but one that's still awash in great keyboards and snapping electro beats! Some of the jazzier sound from the past is gone here, but in its place is a leaner, cleaner sound that's still a fair bit more compelling than most work by the group's contemporaries! Nearly all tracks snap along with rhythms that are nicely placed between the street and the dancefloor – never gimmicky and never too cloying, and tightly focused enough to make the most of the hooks in the vocals. Lots of DX7 on the album, and more than a few numbers have a great sort of breakdance vibe. Tracks include "Riccochet" and "Dreamer" – both remixed by Shep Pettibone –"On The Shelf", "Genie", "Main Attraction", and "Don't Force It". CD features 6 bonus tracks – including "Dreamer (no 1 rmx)", "Main Attraction (finest rmx)", "Dreamer (Shep's dream version)", "Riccochet (Ben Liebrand mix)", and "Dreamer (Shep Pettibone long voc version)".  © 1996-2022, Dusty Groove, Inc.

Universal Language
Elektra/Wounded Bird, 1977. New Copy
CD...$10.99 11.98
A sweet sweet set of electric 70s funk – recorded by Booker T during a brief, but well-needed reunion with the MGs! The sound here is quite different than Stax-era MGs – as Booker plays a range of keyboards, not just organ – and the grooves have these great jazz funk touches at ... CD