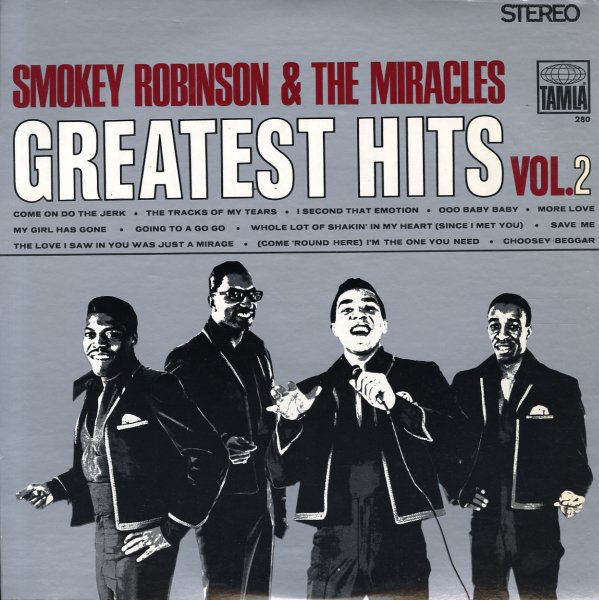 Lots of great ones – from that period when Smokey was making the group an all-male one, with a harmony sound that was a bit harder than earlier days. Titles include "Going To A Go Go", "Tracks Of My Tears", "Ooo Baby Baby", "I Second That Emotion", "Save Me", "Choosey Beggar", "Whole Lot Of Shakin In My Heart", and "Come On Do The Jerk".  © 1996-2022, Dusty Groove, Inc.
(80s Motown reissue pressing, still sealed with a cutout notch and hype sticker.)

Sophisticated Soul
Tamla, 1968. Very Good+
LP...$14.99 19.99
Sophisticated soul is right – as The Marvelettes were one of the groups who really helped give Motown a sense of class in the 60s – but who could also balance their sense of poise with some nice depth on their vocals! The album's a great one for the trio of Wanda Rogers, Anne Bogan, ... LP, Vinyl record album