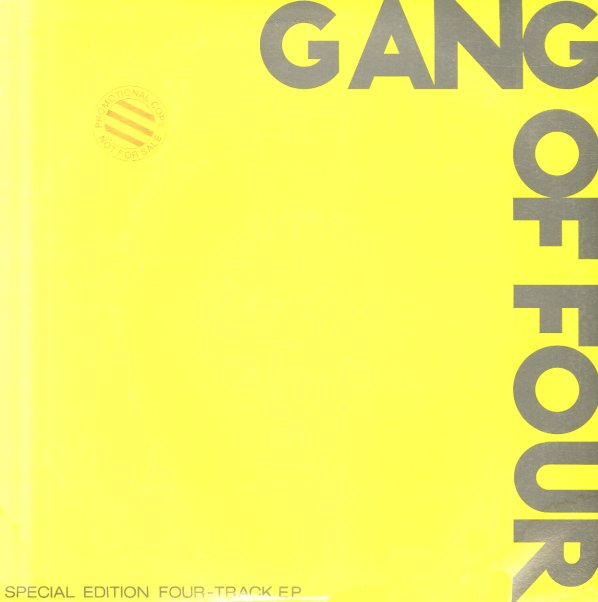 This one's actually the group's sort of second album – at least in the US – with 4 tracks that really follow nicely in the feel of Entertainment! Tracks were recorded between 1978 and 1980 – and all have a nice raw guitar sound. Includes the massive "Armalite Rifle", plus "He'd Send In The Army", "Outside The Trains Don't Run On Time", and "It's Her Factory".  © 1996-2023, Dusty Groove, Inc.
(Cover has a light trace of a price sticker, but looks great overall.)

Another Day/Another Dollar EP
Warner, 1982. Near Mint- (pic cover)
LP...$11.99
An unusual relic from Gang Of Four's years on Warner in the US – a "special edition 12", designed to re-promote the group's harder sound to an American market! The single features 3 studio classics – "To Hell With Poverty", "Capital (It Fails Us Now)", and ... LP, Vinyl record album

Solid Gold
Warner, 1981. Very Good+
LP...$24.99
A stunning second set from the mighty Gang Of Four – and a record that's got all the power and politics of their famous Entertainment debut! The set's got some wonderfully heavy basslines amidst the scratchy guitar that makes the group so great – but nothing's too polished, certainly ... LP, Vinyl record album