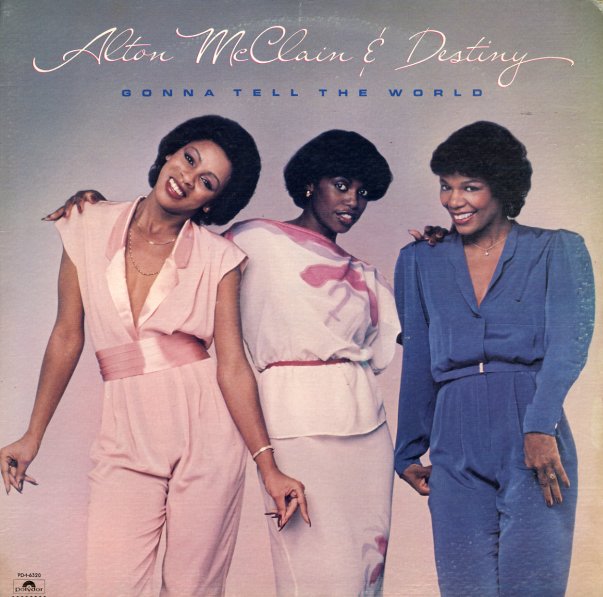 A sublime set from Alton McClain & Destiny – one of the hippest female soul trios ever – and a group who definitely work at a level that's far above most of their contemporaries! The group's got a jazzy flourish here that really deepens their sound – a strong influence from producer Skip Scarborough, who also wrote a fair bit of the tracks, and plays on the record alongside Patrice Rushen and Herbie Hancock on keyboards! Both of those players underscore the really rich sound of the record – an approach that's equally rooted in fusion as it is in soul – and which helps the vocal interplay find a space that's way beyond the usual girl group cliches of earlier years, especially some of the more lackluster trios of the disco generation. Alton's leads are wonderful – very rich and filled with soul – and titles include "My Destiny", "We're Gonna Make It", "Love Notes", "Because Of You", "Why Did You Let Me Love You", and "Making Room For Love".  © 1996-2020, Dusty Groove, Inc.
(Cover has some overall wear and aging, some heavy edge wear, and light stains. Labels have a name in marker.)