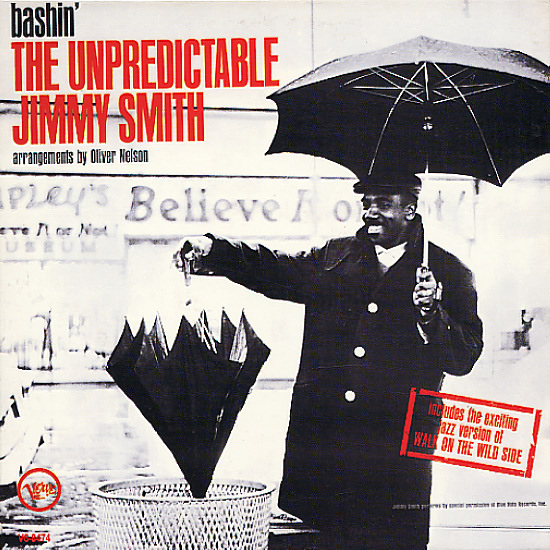 One of Jimmy Smith's biggest albums of the 60s – and a classic Verve pairing of his lean Hammond organ solos with the fuller, hard-swinging arrangements of Oliver Nelson! Nelson is working here at the height of his powers – backing Smith with a large group, but in a way that only seems to free him up to solo even more – pushing the tunes with an undeniable power from the all-star band, as Jimmy takes off on flights of soulful fancy over the top! Side two features some more stripped-down solo work – in the manner of Jimmy's later Blue Note sides – and the set includes the hit single "Walk On The Wild Side", plus the tracks "Bashin", "Step Right Up", and "Beggar For The Blues".  © 1996-2021, Dusty Groove, Inc.
(Mono MGM pressing with deep groove and Van Gelder stamp.)

Getz Au Go Go
Verve, Mid 60s. Very Good+ Gatefold
LP...$19.99 (CD...$5.99)
A beautiful dreamy album that's quite different from the classic Getz/Gilberto collaboration – but which also shares much of that set's lyrical beauty! This album was recorded live, in 1964, when Stan Getz was playing with his quartet that included Gary Burton on vibes – an incredible ... LP, Vinyl record album