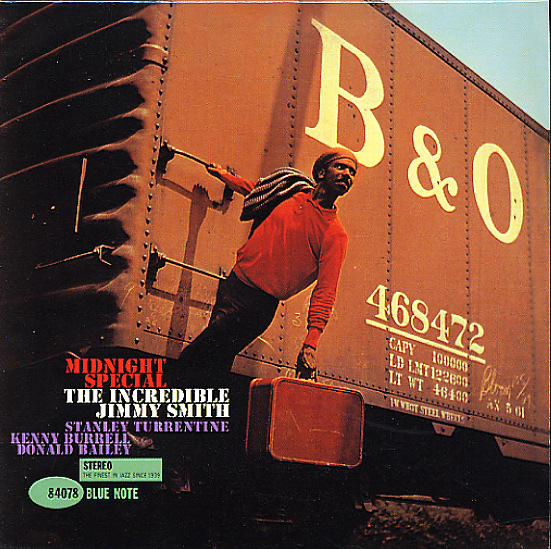 A perennial favorite in the Jimmy Smith catalog for Blue Note – and a smoking little set that has Jimmy's Hammond grooving nicely alongside tenor from Stanley Turrentine and guitar from Kenny Burrell! Only Donald Bailey's drums remain from Jimmy's regular trio, but that shift is fine, given the strength of the other players here – especially Turrentine, whose sharp-edged tenor is always a welcome sound on any date at this point in his career! The tunes are a fair bit more focused than some of Jimmy's Blue Note work of a few years before, but that focus is what makes it a classic – and the tracks are still nice and long, with titles that include "A Subtle One", "Jumpin The Blues", "Midnight Special", "One O'Clock Jump", and "Why Was I Born".  © 1996-2023, Dusty Groove, Inc.
(Early 90s Jazz Heritage pressing in the black & white cover.)