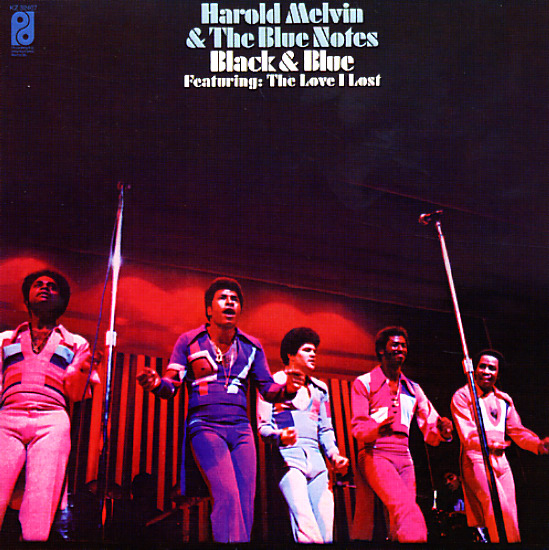 Classic Philly soul from Harold Melvin & The Blue Notes – a killer batch of studio tracks, despite the live image of the group on the cover! The album's got a slightly more expansive feel than some of the other Teddy Pendergrass-era albums by The Blue Notes – almost a mini-symphony of soul, and one that takes arrangements from Bobby Martin, Norman Harris, and Vince Montana – and wraps the vocals up in a soaring, righteous sort of feel! The rougher, more personal Teddy Pendergrass style of I Miss You is folded a bit more into the harmonies of the rest of the group here – and the result is a powerful wave of soul that pushes The Blue Notes right to the top of the pack. The album features classics like "The Love I Lost" and "Is There A Place For Me" – plus other nice material like "Concentrate On Me", "It All Depends On You", and "I'm Weak For You".  © 1996-2021, Dusty Groove, Inc.

Reaching For The World
ABC, 1976. Sealed
LP...$9.99
A really great post-Philly International album from Harold Melvin & The Blue Notes – the group's first after the departure of Teddy Pendergrass, and a set that shows them hardly missing a beat! The group are still recording at Sigma Sound, with Melvin at the production helm – and ... LP, Vinyl record album

Ebony Woman
Philadelphia International, 1970. Very Good+
LP...$11.99
An amazing early album from Billy Paul – the start of a rich career of sophisticated soul, and a record that really put Paul on the map right away – making him one of the most soulful interpreters of song in the 70s! There's a mix of modes going on here that's a bit similar to the ... LP, Vinyl record album