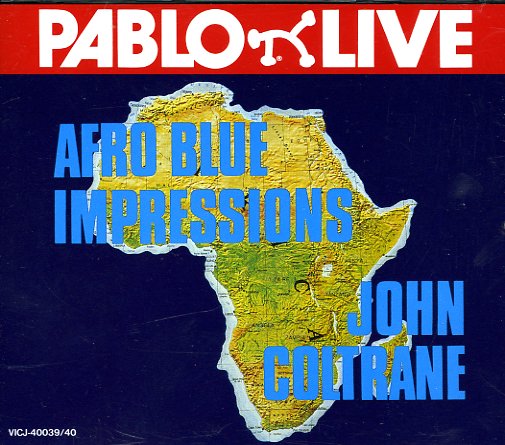 One of the best posthumous releases by the legendary John Coltrane Quartet – and a set that really captures the group at a perfect moment – when they were really beginning to stretch out a lot, yet still in a style that was mostly inside! The material was recorded in Berlin and Stockholm – and features wonderfully fresh versions of tunes you'll know from classic Impulse and Atlantic albums by Coltrane – really reworked in this live setting, and opened up in that magical style of the group! In addition to some wonderful soprano and tenor sax from Coltrane, the group also features McCoy Tyner on piano, Jimmy Garrison on bass, and Elvin Jones on drums – on titles that include "Lonnie's Lament", "Afro Blue", "Cousin Mary", "Spiritual", and "My Favorite Things".  © 1996-2023, Dusty Groove, Inc.
(Includes Pablo inner sleeves. Cover has ring and edge wear. Vinyl is nice.)