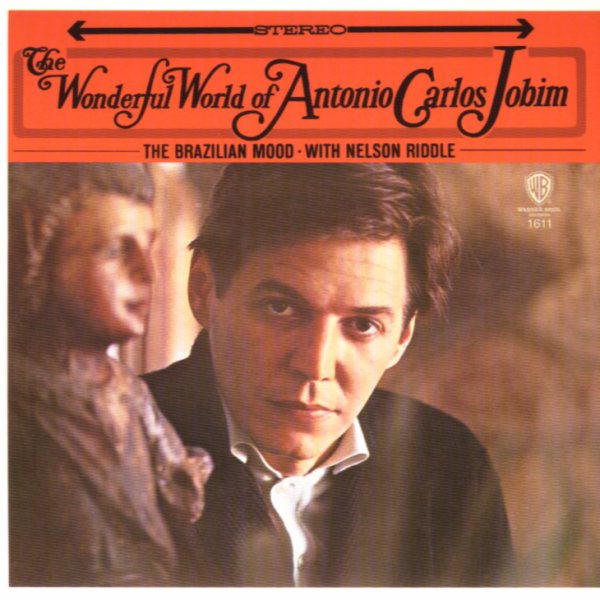 The wonderful world of Antonio Carlos Jobim gets a whole lot bigger on this American release from the 60s – thanks to a collaboration with the great Nelson Riddle, the arranger whose work made so many of Frank Sinatra's albums so great! Riddle really understands the jazzy elements at the core of Jobim's tunes – and backs his guitar and vocals with a great 60s California take on the bossa nova – one that's never trying too hard to cross over, and which instead really respects the genius of Jobim at the core! Antonio sings on most tracks – some even with English lyrics that are really great – and titles include "Useless Landscape", "Bonita", "Surfboard", "She's A Carioca", "Aqua De Beber", and "Favela".  © 1996-2021, Dusty Groove, Inc.
(Gold label stereo pressing.)