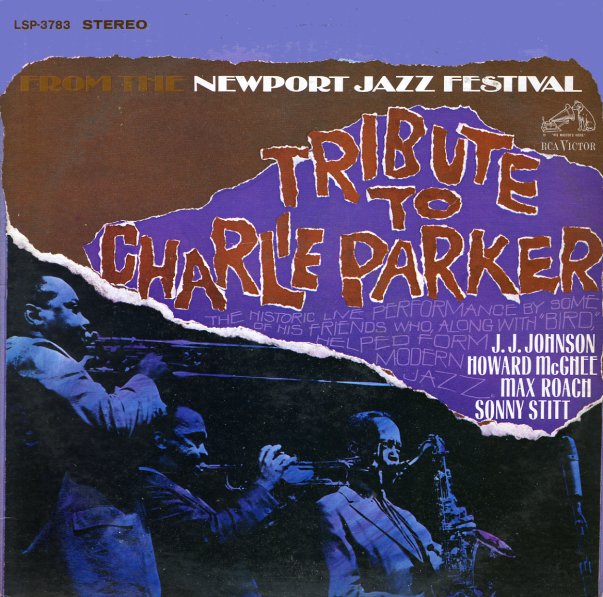 Tribute To Charlie Parker – From The Newport Jazz Festival

A beautiful bit of hardbop that often gets overlooked because of the "leaderless" quality of the session. One batch of tracks on the record has Jackie McLean playing some beautiful rough interpretations of Bird on the standards "Old Folks" and "Embraceable You". The other batch was recorded live at Newport, and features Max Roach leading a sextet with JJ Johnson, Howard McGhee, Sonny Stitt, and Harold Mabern, on "Buzzy", "Now's The Time", and "Wee". The album's worth the price for the playing of Stitt and McLean alone – who both fall into the Parker-ish groove that they were once haunted with, but which here gives them a chance to show how individual they are. Nice stuff, and a record we almost passed by years ago. Don't make the same mistake.  © 1996-2022, Dusty Groove, Inc.
(Black label stereo pressing with deep groove with 1s/1s stampers, including RCA inner sleeve. Cover has a split top with tape repair, light surface wear, aging.)