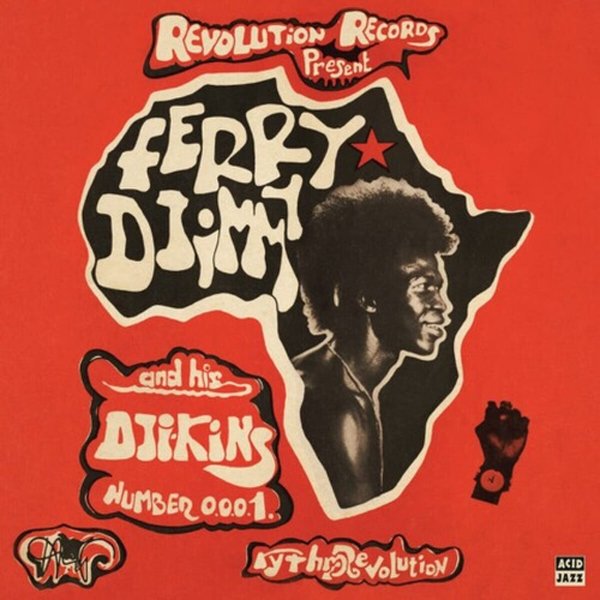 A stunner of a set from the 70s African scene – and a record that may well be a lot rawer and harder than most that you have in your collection! Ferry Djimmy was originally a boxer, and spent time outside of his native Benin – but on a return to the country in the early 70s, he cut this cooker of a record – one that's completely unbridled and stripped-down – with a lot leaner vibe than most other African funk of the time! Many cuts just have basslines, percussion, and guitar – tight and sinister, and driving forward with non-stop action while Ferry sings the lyrics in a very earthy style. The whole thing's incredible – and titles include "Be Free", "When I Come In The Road", "Young Revolution", "Carry Me Blak", "Ichango", "Love Love", "Chiriki Man", and "Start To Pray".  © 1996-2023, Dusty Groove, Inc.

Afro Funk
Albarika Store/Acid Jazz (UK), Late 70s. New Copy
LP...$22.99 24.99
An album that really lives up to its title, and one that brings together a host of rare singles from this legendary group – all of which are maybe even funkier than some of the tracks on their albums of the time! The bulk of the record is from very rare 7" singles issued on the Albarika ... LP, Vinyl record album