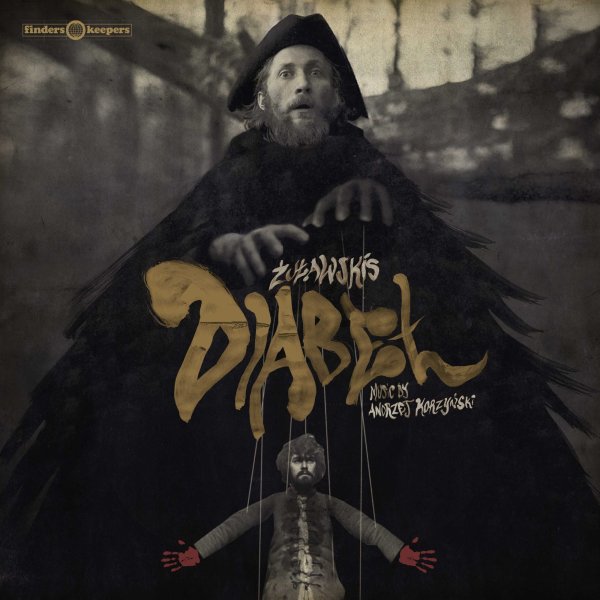 An early 70s soundtrack from the great Andrzej Korzynski – and one that's as devilish as you might expect from the title! The music is much heavier than any of Korzynski's later work – psychedelic, but bordering on industrial – as there's lots of fuzzy guitar, but often distorted with effects and echo – at a level that, were it recorded more poorly, would be right at home on some early Throbbing Gristle album! There's lots of other cool percussion and effects too – noisy, dark, and completely horrific – at a level that makes so many other horror soundtracks sound like childhood melodies. Titles include "Broken Boudoir", "Theador & The Rifles", "Mother", "Daughter Of The Sin", "Understand Nothing", "The Duel", "Mother Snake", "Cancel The Evil Gently", "The Black Dog", and "War Torn Wasteland".  © 1996-2023, Dusty Groove, Inc.

Nie Ma Mocnych
GAD (Poland), 1974. New Copy
LP...$32.99 36.99
A sweet soundtrack from the great Polish composer Andrzej Korzynski – working here on a comedy from the mid 70s, and pulling together sounds from the lighter side of his musical spectrum! The music is a mix of electric cuts with keyboards and others that put woodwinds more in the focus ... LP, Vinyl record album