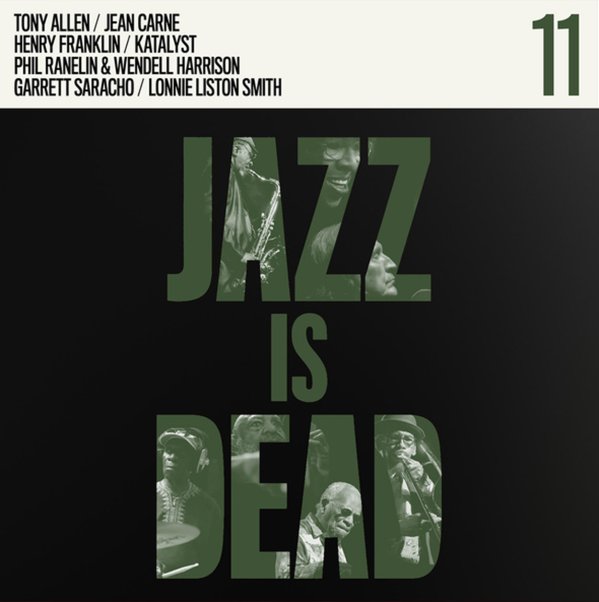 Also available
Adrian Younge & Ali Shaheed Muhammad — Jazz Is Dead 11 (green 45rpm vinyl pressing) ... LP 37.99
A very different entry in this always-great series – one that doesn't focus on a specific artist, or just the instrumentation of the two leaders – but instead has this great range of artists coming together in a very jazz-based style! Things here are even more organic and flowing than on some of the other volumes – as there's a very cool array of players that shift nicely from track to track, while still giving the record a unified vibe – work from Jeff Parker on guitar, Lonnie Liston Smith on piano, Tony Allen on drums, Henry Franklin on bass, Phil Ranelin on trombone, Wendell Harrison on bass clarinet, Jaman Laws on tenor, Phillip Wack on alto, and Scott Mayo on flute – all players who work with Younge and Muhammad to create soulful and funky elements that bring us back to the spirit of the Black Jazz label in the 70s Even if you've heard other titles in the series, this one still really advances the concept even further – and with more live, spontaneous energy in the studio – on titles that include "Running With The Tribe", "Phoenix", "Come As You Are", "Ebun", "El Cambio Es Necesario", "The Avenues", and "The Griot".  © 1996-2023, Dusty Groove, Inc.
(Comes in a cool die-cut cover!)