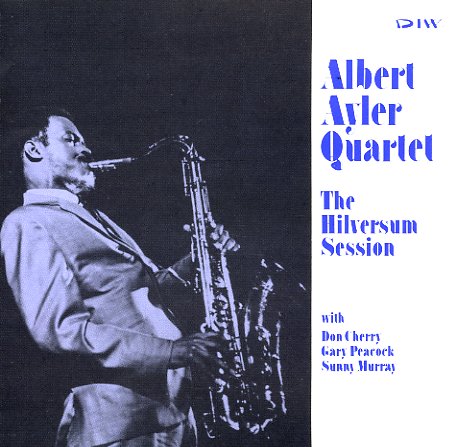 A later-looking package, but one that features a rare set from 1964 – an early example of the genius of Albert Ayler, recorded in The Netherlands for a small audience in a Dutch radio studio! The setting is a wonderful one – a mix of the live freedoms that would really let Ayler stretch out – especially when playing overseas – but recorded with the clarity of some of his studio albums for ESP – that sharp-edged sound that really highlights the groundbreaking style of his playing! The rest of the group here is equally great – and the quartet features Don Cherry on cornet, Gary Peacock on bass, and Sunny Murray on drums – the latter of whom is almost completely freed up from rhythm at some points. Titles include "Angels", "CAC", "Infant Happiness", and "No Name".  © 1996-2022, Dusty Groove, Inc.