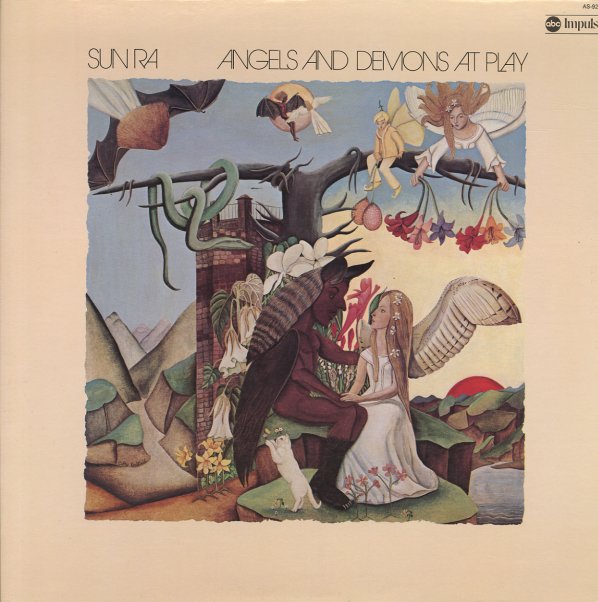 Impulse issue of one of Ra's best recordings from the late 50's. Ra plays organ and electric piano, and the band includes Gilmore, Pat Patrick, Marshall Allen, Ronnie Boykins, Art Hoyle, Phil Cohran, and Julian Priester. The group's also got an electric bass, which gives the tracks a nice bottom, and a good spooky feel. Nothing's too out, but the record's got a great off-kilter sound, and lots of original tracks like "Between Two Worlds", "Tiny Pyramids", "Music From the World Tomorrow", and "Angels And Demons At Play".  © 1996-2020, Dusty Groove, Inc.
(Black label pressing. Cover has light surface wear and two small cutout holes.)

Nubians Of Plutonia (Impulse pressing)
Impulse, 1959/1974. Very Good Gatefold
LP...$49.99
Impulse issue of an excellent Saturn session from 1959. Ra and the Arkestra are playing in a fine mix of straight jazz and spacey styles, with Ra on electric piano throughout the entire set. A few tracks have some great chanted vocals – and we're not sure if they're sung by one of the ... LP, Vinyl record album