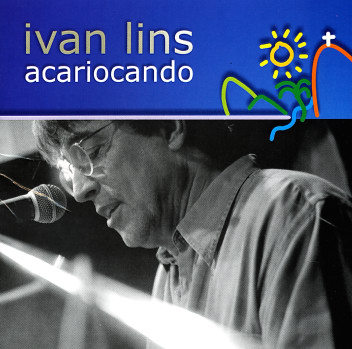 Always-great work from Ivan Lins – one of the few Brazilian artists who never falters as the years go on! If anything, Lins has grown into a maturity that fits his songs almost even better than back in the 70s – a sense of wisdom and presence that really serves his lyrical talents wonderfully, and which is carried off here with some lightly jazzy backgrounds. There's nothing revolutionary about the record, but it's got a solidity that's really great – a simple but effective approach to the songs that's always been Lins' strongest calling card in Brazilian popular music, and which seems to have even more focus in recent years. Guests include Chico Buarque, Dona Ivone Lara, Lenine, Moska, Boca Livre, and Guinga – and titles include "Se Acontecer", "A Gente Merece Ser Feliz", "Diana No Mar", "Lua Sagrada", "Antidotos", "Lar Doce Lar", "Deus E Mais", "Passarela No Ar", and "Ela E A Propria Vida".  © 1996-2022, Dusty Groove, Inc.
(Out of print, CD is copy protected.)

Revendo Amigos
EMI (Brazil), 1993. Used
CD...$7.99
An overlooked gem from Joyce – an album that features a fair bit of help from famous friends! The set was recorded at a time when her star had faded a bit on the Brazilian market, but before she was yet to be rediscovered and re-recorded by labels in England and Japan – and despite the ... CD