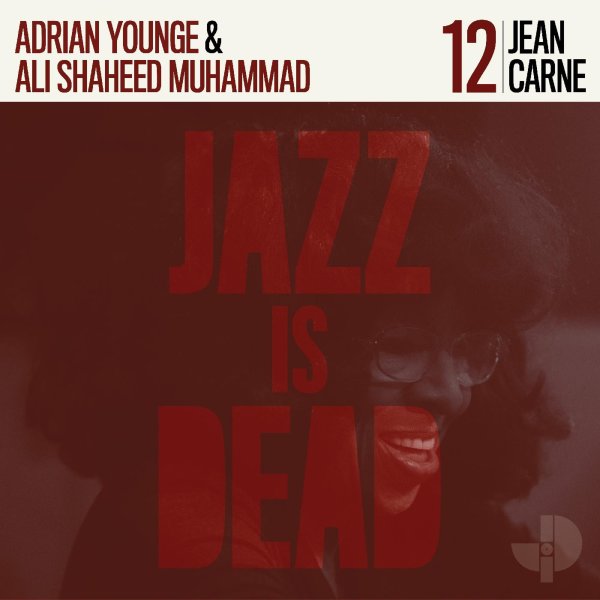 An album that has the legendary Jean Carne in the most righteous setting we've heard in years – a mode that hearkens back to the vocals she provided for organist Doug Carn on their classic 70s albums together for the Black Jazz label! Jean's a singer that we love in just about any format – her huge Philly soul albums of the 70s, her sophisticated soul of the 80s, and even more indie projects of recent years. But here, she unleashes all the pride and power she brought to her music when she started out in jazz – soaring to the skies with a spiritual vibe throughout, next to Fender Rhodes, Hammond, and other keyboards from Adrian Younge – and some great rhythms from bassist Ali Shaheed Muhammad and drummer Mekala Session! Carne wrote all the music herself, and the vocals are wonderful – material we never would have guessed she still had locked within – bursting forth here with a vibe that's completely wonderful. Titles include "People Of The Sun", "Come As You Are", "My Mystical Life", "Visions", "The Summertime", "Black Rainbows", and "Black Love".  © 1996-2022, Dusty Groove, Inc.
(45rpm pressing in a die-cut sleeve!)

Jazz Is Dead 11 (green 45rpm vinyl pressing)
Jazz Is Dead, 2022. New Copy 2LP
LP...$37.99 39.99
A very different entry in this always-great series – one that doesn't focus on a specific artist, or just the instrumentation of the two leaders – but instead has this great range of artists coming together in a very jazz-based style! Things here are even more organic and flowing than ... LP, Vinyl record album

Sentimental Fool
Daptone, 2022. New Copy
LP...$18.99 24.99 (LP...$23.99)
The great thing about Lee Fields is that he just keeps on giving – giving us the sort of deep soul music that first caught our ears back when he was recording in near obscurity for a small southern label – and which has finally gotten the attention it deserves in recent decades! Lee's ... LP, Vinyl record album

Secret Night Gang
Brownswood (UK), 2022. New Copy
LP...$21.99 22.99 (CD...$13.99)
Secret Night Gang have a cartoony look on the cover – but the British funk combo play with a richly soulful sound that's overflowing with color and life – and which will definitely mean that they won't be a secret for long! The group mix in a fair bit more jazz than other contemporary ... LP, Vinyl record album

Joao Donato – Jazz Is Dead 7
Jazz Is Dead, 2021. New Copy
LP...$25.99 26.99
A really great entry in this excellent series – one that not only features lots of great Fender Rhodes from Brazilian jazz legend Joao Donato, but also vocals from Loren Oden on almost every track – which makes the whole thing feel like a fantastic hybrid of Joao's genius with a ... LP, Vinyl record album