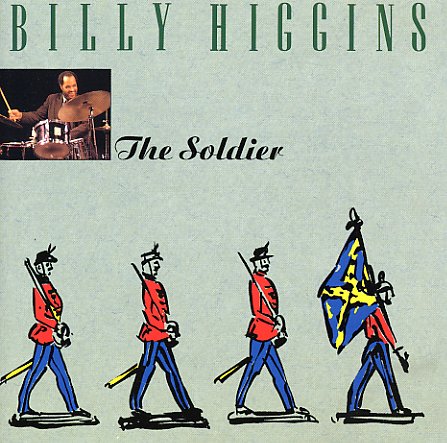 A heck of a great little album from drummer Billy Higgins – one of his few standout efforts as a leader, after years and years of impeccable work as a player on some of our favorite records! The set's got a simple, almost innocuous approach – with Higgins leading a quartet that features Cedar Walton on piano, Walter Booker on bass, and Monty Waters on alto sax. But from the very first note, the album bristles with energy and excitement – in a mode that recalls the Clifford Jordan recordings that also featured Higgins from the mid 70s – sharing a similar sense of soulful and joyous expression. Waters is really great, with a really biting, honest tone – and singer Roberta Davis joins the group on an excellent reading of Waters' composition "Sugar & Spice". Other tracks include Walton's nice "Midnite Waltz", and great versions of Horace Silver's "Peace" and Sonny Rollins' "Sonnymoon For Two".  © 1996-2023, Dusty Groove, Inc.
(Individually numbered limited edition pressing – on heavyweight green vinyl!)