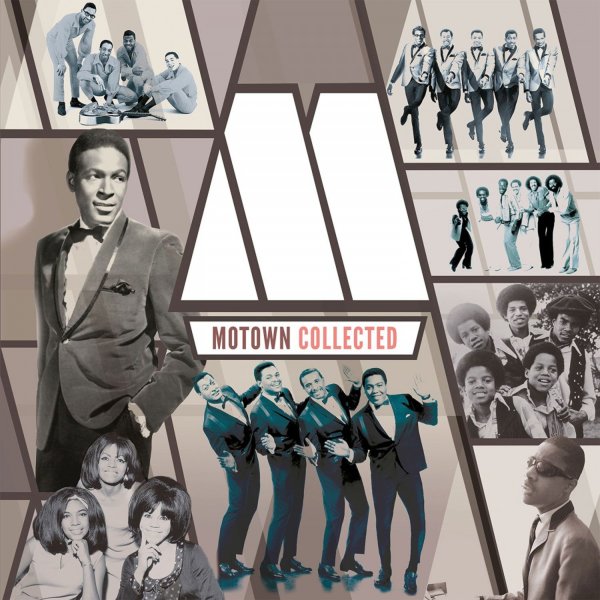 They're not lying with the title – as this heavy set collects plenty of gems from Motown Records – some of the earliest Berry Gordy productions that set the tone for the label, through later tracks that still have the Motown flag flying strongly into the 80s! There's 33 tracks on the double-length set – and titles include "Money" by Barrett Strong, "Come To Me" by Marv Johnson, "The Way You Do The Things You Do" by The Temptations, "How Sweet It Is" by Marvin Gaye, "Please Mr Postman" by The Marvelettes, "Do You Love Me" by The Contours, "I Want You Back" by The Jackson 5, "War" by Edwin Starr, "Same Old Song" by The Four Tops, "Uptight" by Stevie Wonder, "Get Ready" by Rare Earth, "It's A Shame" by The Spinners, "Don't Leave Me This Way" by Thelma Houston, "Tears Of A Clown" by Smokey Robinson & The Miracles, "Super Freak" by Rick James, "It Will Come In Time" by Billy Preston & Syreeta, "Let's Get Serious" by Jermaine Jackson, "Don't Look Any Further" by Dennis Edwards with Siedah Garrett, "Ain't No Mountain High Enough" by Marvin Gaye & Tammi Terrell, "Where Did Our Love Go" by The Supremes, "Shotgun" by Jr Walker & The All Stars, "My Guy" by Mary Wells, and "This Old Heart Of Mine" by The Isley Brothers.  © 1996-2022, Dusty Groove, Inc.

East Bay Grease (180 gram pressing)
San Francisco/Music On Vinyl (Netherlands), 1970. New Copy (reissue)
LP...$35.99 39.99 (LP...$16.99)
One of the first albums from Tower Of Power – and one of the funkiest, too – a set that really has the group working in a loose, spontaneous mode that's totally great – steeped in all the best elements of southern soul, but forged with a new sort of energy in the Bay Area scene at ... LP, Vinyl record album

You're The Man
Motown, 1972. New Copy 2LP Gatefold
LP...$22.99 26.99 (CD...$16.99)
A mindblowing collection of work from Marvin Gaye – tracks recorded in the space right after What's Going On – many of which were never issued at the time! All this incredible material from 1972 has been brought together to create a stunning double-length album – one that ... LP, Vinyl record album