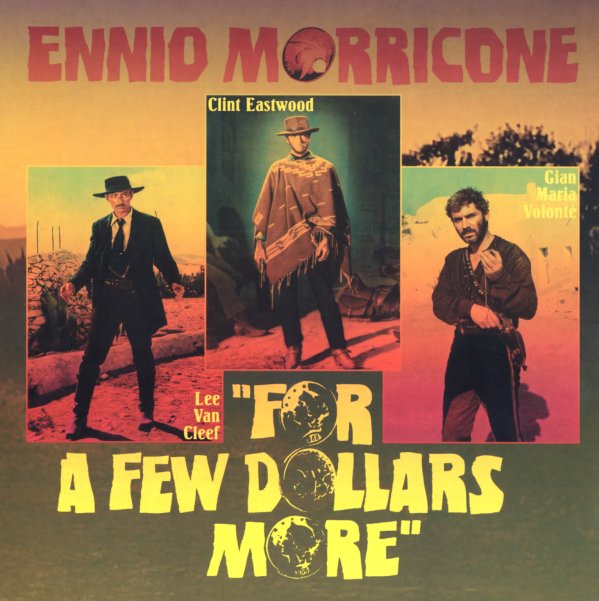 An archetypal record all the way through – with some of the best Morricone western styles from the period – and still one of the greatest in its genre! To match the darkness of the film, Morricone's working here in a spare, stark mode – using bits of guitar and whistling to state the themes of the tunes in a simple, yet dramatic way. The legendary Alessandro Alessandroni handles both of these aspects of the record – as well as the I Cantori Moderni choir which sings on a few numbers too. Edda Dell'Orso lends her haunting, wordless vocal, too – and the titles include "Per Qualche Dollaro In Piu","La Resa Dei Conti", "Psserviatori Osservati", "Il Corpo", "Poker D'Assi", "Carillon", "Addio Colonnello" and Il Visio Di Uccidere".  © 1996-2022, Dusty Groove, Inc.
(Limited edition – on "crystal" clear vinyl!)