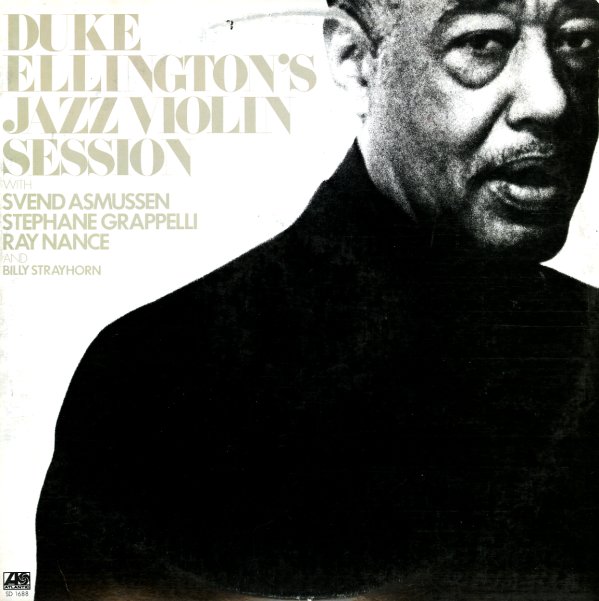 Duke Ellington and jazz violin – a mode that's maybe not such a surprise, once you realize how important Ray Nance was to his group! Nance played trumpet, but also turned in plenty of violin solos for Ellington over the years – and here, he's joined by European greats Stephan Grappelli on violin, and Svend Asmussen on viola – both players who had a huge reputation overseas, and who work here with a core lineup of Ellington musicians that includes Russell Procope on alto, Paul Gonsalves on tenor, and Buster Cooper on trombone! The setting is a bit more relaxed and small combo than larger Ellington dates – and although the session was recorded by Reprise Records in 1963, it wasn't issued until over a decade later – making it a nice surprise to fans of the recently-departed Duke. Titles include "Cotton Tail", "Blues In C", "String Along With Strings", "Limbo Jazz", "The Feeling Of Jazz", and "Tricky's Licks".  © 1996-2021, Dusty Groove, Inc.