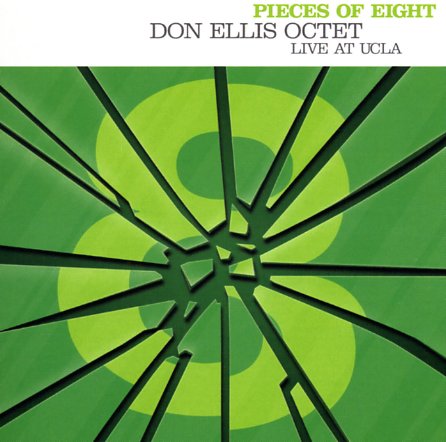 Excellent pre-Columbia work from trumpeter Don Ellis – a live date recorded with Tom Scott on saxes and Dave Mackay on piano – presented here in its entirety for the first time ever! The groove here is every bit as hard as on Ellis' funky classics for Columbia – but more acoustic overall, and bottomed with some great Latin percussion from Alan Estes on timbales and Chino Valdes on congas. Many tracks have a slightly exotic feel – a mode that uses conventional jazz instrumentation with slightly Eastern phrasing, in a way that sounds really great alongside the modal rhythms of the tunes. Titles include Scott's "With Respect To Coltrane" and "Blues For Hari" – plus "Slippin N Slidin", "Bali Dancer", "Sadness Shouldn't Go To Sleep", "It's A Snap", "The Squeeze", and "Turk's Works".  © 1996-2023, Dusty Groove, Inc.

Out Of Nowhere
Candid (UK), 1961. New Copy
CD...$12.99 16.99
A very unusual set by Don Ellis – and easily one of his most modern recordings ever! The set was done at the same time as Don's other album for Candid, but wasn't issued until many years later – and it's a compelling trio outing that has the trumpet of Ellis in an airy trio with Paul ... CD

Crosswinds
Warner/Wounded Bird, 1974. New Copy
CD...$11.99 12.99 (LP...$19.99)
A masterful album from Billy Cobham – and maybe the best 70s record to really demonstrate the unique place he found for himself in 70s fusion! The album soars with a sound that really lives up to its cover image – but it's also not the heavy-jamming affair of some of Billy's more ... CD