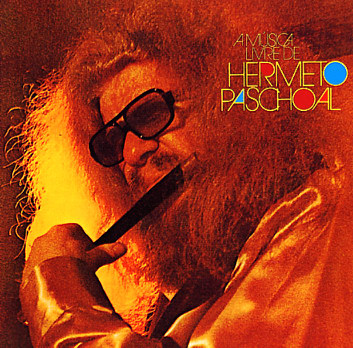 Quite possibly the clearest moment of genius ever from the legendary Hermeto Pascoal – a tremendous album that helped reshape instrumental Brazilian music for many years to come! At one level, the record shares a sound with some of the fuller, richer orchestrations going on in the post-bossa years – especially the work of Edu Lobo and Marcos Valle – but at another, it's filled with the kind of inventive instrumental interplay that's always made Hermeto so great, but which has never come off so perfectly as it does here! As you might expect from Pascoal, there's some especially great reed passages – crafted in a flurry of colors and tones – but there's also a warmer, more flowing quality to the whole album – less of the dark notes and pointy edges that show up often in Hermeto's work from later years. Bits of strings help the whole thing glide tremendously – and the record's a genre-busting blend of jazz, Brazilian roots, and complicated arrangements – unlike anything else we've ever heard, and still one of our favorite albums of all time! Titles include "Bebe", "Asa Branca", "Carinhoso", "Plin", "Gaio Da Roseira", and "Sereiarei".  © 1996-2021, Dusty Groove, Inc.